Endless Conflict between Europe and Russia

By Amin BAGHERI
You are here: HomeAnalysisEndless Conflict between Europe and Russia

While France and the United States have been at loggerheads over NATO and the idea of ​​a single European army has been reinforced among some Atlanticists, members of the alliance being determined to pursue the idea of ​​”NATO expanding eastwards”. In other words, the US-European common threat view of Russia remains strong. This threat-oriented view has prompted NATO leaders to pave the way for Ukraine, Georgia, Moldova, and Azerbaijan to join the alliance. However, the membership of these countries in the NATO alliance will bring military and strategic costs for other NATO members. At the same time, Russia will not sit idly by in the face of NATO expansion to the east.

Russia officials recently warned NATO that further steps in accepting Ukraine into the Western military alliance would have consequences. During a visit to Kyiv, the US Secretary of Defense said that no third country could prevent countries from joining NATO. Meanwhile, the Russian Deputy Foreign Minister, Andrei Rudenko resorted to threats in response to remarks made by the US Secretary of Defense Lloyd Austin about Ukraine’s membership in the NATO military alliance. Rudenko, however, did not say how Russia would react to Ukraine’s possible membership in NATO. Ukraine has long applied for NATO membership. The Pentagon has previously said that the United States supports Ukraine’s membership in NATO and that no third country can veto NATO decisions to admit members.

For several years now, there have been clashes between Ukrainian military units and pro-Russian separatists. Russia has denied allegations by Ukrainian officials that it sent Russian troops to support separatists in eastern Ukraine. This armed conflict has been going on since 2014. At that time, Russia occupied the Crimea Peninsula; arguing that the Russians living in Crimea should be protected. Prior to the clashes, the West had ousted pro-Russian President Viktor Yanushenko. In other words, the starting point of the crisis in Ukraine was the Western intervention in the internal affairs of this country. As a result, 14,000 people have been killed so far in armed clashes between Ukrainian forces and pro-Russian separatists in eastern Ukraine.

What will be Russia’s reaction?

Undoubtedly, Moscow will not be passive in the face of NATO’s policy of expanding to the east. Russia has repeatedly shown that it uses disruptive factors to its advantage in times of crisis. Russia, meanwhile, is now focusing on differences between the EU and the United States. This trend has intensified since the conclusion of the Agus Agreement between Australia, the United States, and the United Kingdom. Now, the European Union is waiting for the beginning of the French presidency to form a single European army. Although the plan to create a single European army had long been proposed by some officials on the continent, the realization of NATO’s repeated defeats in Afghanistan and other parts of the world, and beyond, the unlimited maneuvering of the United States and Britain in this series has made this idea more operational than ever.

The formation of a single European army would mean a reduction in the security affiliation of many European countries across the Atlantic. This is a disaster for Washington, and no doubt, Russia will not simply miss this opportunity. Amid internal tensions in the Western camp, it is expected that the budget for the formation of a joint defense army will be sent to the commission next January when France takes over the rotating presidency of the EU’s most powerful army. Britain was one of the main countries opposed to the formation of a single European army. Now that Britain has left the EU, it is easier than ever to build a joint defense force and react quickly. Britain, as one of Europe’s main military powers, has always opposed the strategy of forming a common European defense force. In any case, Russia, as an outsider watching the US-France conflict in NATO, will use the opportunity to thwart plans such as NATO’s expansion  to the east. In the meantime, the Russians have not targeted Britain, the main ally of the United States. The main reason is the country’s strong ties with the United States during World War II. After the outbreak of World War II, Britain played the role of the main American security-military force in Europe. Everyone remembers that Tony Blair, the British Prime Minister in 2001, along with George W. Bush, launched the invasion of Afghanistan and Iraq so as not to leave his American ally alone in an alleged war on terror. Britain later became the US military agent in NATO. Although NATO and the European Union are two separate entities, the membership of 27 European countries in NATO has linked the fate of these two seemingly separate entities.

In conclusion, after Britain officially withdrew from the European Union, the main obstacle to the formation of a European army was removed. In any case, Russia does not have the same views on France and Germany in NATO as Britain and the United States. Beyond that, Berlin and Paris are well aware that with the membership of Ukraine and other countries in NATO and any conflict between them and Russia, the Atlanteans will be obliged to enter the scene of the conflict. This will be costly for Germany and France, as Berlin and Paris themselves are well aware that they will not be able to pay for the direct battle with Moscow. 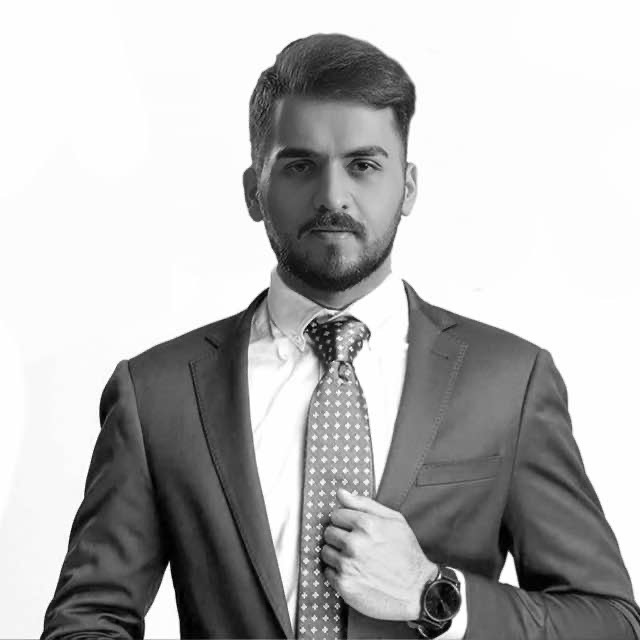 Amin BAGHERI is a Research Fellow at the International Studies Association in Tehran, Iran. His primary research interest lies in international relations, transnational governance, international peace, and conflicts in the Middle East.